The cornea is the first medium through which light is refracted, and also absorbs UV and some infrared radiation. It is a powerful focusing surface responsible for around 70% of the prescription. Changes to the cornea via use of lenses or surgery are therefore able to correct refractive errors.

This is a coloured ring of tissue. Circular muscles within the iris contract or expand to control the size of the pupil.

The size of the pupil determines the amount of light rays that reaches the lens.

The lens is the second medium through which light is refracted. It is made up of a clear arrangement of proteins and is quite elastic, such that the thickness may be controlled for near and distant vision.

The sclera forms the ‘white’ of the eye, and is essentially the protective and structural outer wall. It is also continuous with the cornea.

This is filled with aqueous fluid secreted by the ciliary body, which nourishes the anterior segments of the eye. This fluid is regularly drained through a meshwork system (Schlemm’s Canal) located in between the cornea and iris.

The ciliary body controls the thickness of the lens. When doing near work, these muscles contract in a process known as accommodation.

The optic nerve is what transmits electrical signals from the retina’s photoreceptors to the brain, to be converted to an image.

The vitreous humour absorbs a large amount of infrared radiation (above 1400nm).

This is a vascular layer which provides blood and nourishment to the retina.

Light rays are refracted then ultimately reach the retina. Here, images are focused upside down to be transmitted to the brain.

The RPE functions as a support system for photoreceptors and removes debris from dead and damaged cells. Aside from this, it reduces photo oxidative stress by virtue of its ‘pigment’, which absorbs light rays falling on the retina that would otherwise damage the cells. It functions also as a filter between the vitreous and choroid layers.

This is the ‘yellow spot’ at the centre of the retina, and as such is responsible for central vision. The carotenoids lutein and zeaxanthin give the macula this distinct colour and are believed to have a role in macular pigment density, as well as photo-protection.

The fovea is a depression in the middle of the macula which allows for sharp, detailed central vision. It delivers most of the electrical signals transmitted by the optic nerve to the brain. The ratio of zeaxanthin is also higher here. 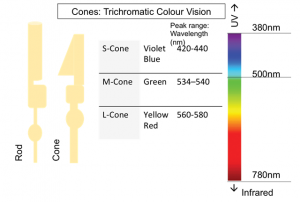 Rods are what enable us to see in dim light and are more prevalent in the outer segments of the retina where they aid in peripheral vision. There are no rods in the fovea and are densest in the periphery.

Cones are responsible for colour vision and looking at fine detail. They are concentrated in the fovea. Humans have 3 types of cones for short, medium, and long wavelength light detection. In cases of colour vision deficiencies, the cone receptors are affected. 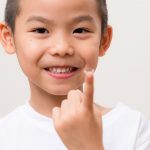 Is it safe for your child to wear contact lenses? 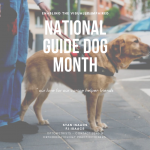